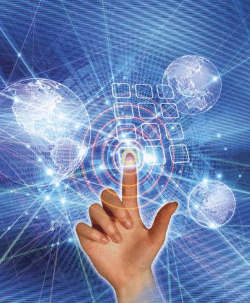 The future of webrings and webring systems like the world wide web is rather clouded at the moment.

Will the big commercial enterprises/webrings take over, or will those who are rapidly getting fed up with the commercialization of the web, rebel and seek out new alternatives? Will advancements in programming languages and web browsers enhance or render commercial webrings obsolete?

If the popularity of advertisement blocking programs/browsers/systems is any indication, the big old webring dinosaur systems seem to be doomed?

Meanwhile the smaller webring systems powered by free webring programs such as Ringlink, are gaining ever more popularity, despite the limited number of options currently available. For example, there is currently no viable/free PHP webring system capable of hosting any number of webrings, and which makes use of a MYSQL database. As a result, a complete Webring System that would be developed and designed using PHP or PERL and MYSQL (Relational Database) is much anticipated (Ringlink says this prospect is years away)!

The history of webrings has tended to give webrings a rather dubious notoriety, what with the unmanaged RingSurf system, and the Yahooization of WebRing.org by WebRing.com, which has dropped the Yahoo! logo even though it is still owned by Yahoo!, and provides pop-ups galore! 🙁

The thing mostly likely to change in the future is a webring’s navpanel, which will surely become more streamlined and user friendly, as webdesign becomes more easily managed and open to all, and not just the small minority who know something about HTML and how to build a website. Navbar stacks like pop-ups and other forms of blatant excess and greed will hopefully go the way of the Dodo bird (total extinction)!

So, hopefully the future of webrings promises the banishment of all that is ugly, a more user friendly interface, and webrings/webring systems that are smaller, better managed, and foster a happy community of member web sites/rings! 🙂

With that in mind, it is rapidly becoming apparent, that all viable webring systems of the future will not be designed by 1 person, but by several, with each being responsible for a separate area (design, layout, website, interface, graphics, and…..) of the program.

Templates are very useful for large complex webring programs, whether they be programmed in PHP or Perl. This is because adding HTML to a webring program’s PHP/Perl code clutters up the code and forces the developer doing the code to also do any and all HTML modifications. Therefore by putting all of a program’s HTML in separate template files, it allows another person whether she or he be a web, graphic, or interface designer to change the look of the application, without having to bug the stressed out program’s PHP/Perl developer, or muck around in this developers Perl/PHP code!!

In short webring programs of the future, where 1 developer does it all will be very rare, because of the ever growing complexities of webring systems, new features added, and Webring System Managers and Ringmasters who wish to have total control over the design and layout of THEIR webring system/s or ring/s!

Another obvious advantage of separating the code from the HTML with the use of templates, is the ease of upgrading that this provides! That is just dropping in the latest version of a program’s engine, without having to redo the design/layout of the system/ring…

In short, the point of template engines should be to separate your webring logic from your presentation logic, not necessarily separate your PHP/Perl code from your HTML code entirely, but whether this is possible while having different designers doing separate functions of a webring program has yet to be realized. Maybe it never will? What do you think??

I remember years ago when almost every site I visited had two or three webrings, even really popular sites. Since then it’s a rarity to see them anywhere besides already established communities and small, cheap WYSIWYG sites which are lucky if they last six months without being abandoned. The reputation of webrings have been tarnished by the latter.

I could point you to dozens of installations of the Ringmaker script which made it to *maybe* three ring sites. Only 5% or so make it past this. Webrings “just for fun” *aren’t* fun anymore. Webrings today need a *truly* specific purpose for existing. They need to be more than just a way to get extra traffic for the small-sites, and more than just a bit of code members put on their site and instantly forget about.

IMHO, I believe WoW is targetting the wrong audience. WoW is looking for people who want to try to *start* a community rather than those with *existing* communities which could benefit greatly from the closer ties a webring can offer. WoW is looking for people who still think of webrings with those 1990s rose-coloured glasses when communities “founded themselves” because of the lack of any alternate channels like MSN/Yahoo! Messenger or “communities in a box” like phpBB.

No matter how different they may seem, WoW is presenting webrings in *competition* with these community channels rather than *complementary*. And right away webrings are at a disadvantage, being much harder than almost any other channel to maintain with any acceptable signal-to-noise ratio. They require a distributed effort, and there are few fish in the vast ocean willing to pay the price without significant community return.

The largest example of the Ringmaker is the Pivot Webring. The vibrant Pivot community already existed with a fully functional phpBB and blog site and when the ring started up, initially 200 sites signed on. A few months later, when I upgraded the webmaster’s installation, he went through and began examining each member site for the existence of the ring code.

Over *half* of that original 200 had either removed it deliberately, or forgot to include it again when redesigning. *This* is the apathy webrings have to deal with today; the funk they need to break out of. They are no longer taken seriously as a genuine means for gathering associated content into a structure which is easily navigated. It is my opinion that the WoW site does little to dispel this apathy, and intead reinforces the “circle of members” view of rings, rather than the “circle of information”.

There is no one specific place on the site I can point to as an example of this. I am rather speaking of the gestalt which is the WoW website. The abandonded feel is one the main symptoms though, and so…

Establishing a forum where users can provide immediate feedback and raise discussions among themselves is critical when building a community. Here are examples of a popular poker forum, casino strategy forum.